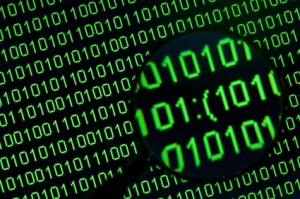 Most of you probably never think about spying when you turn on your computer,but there has been a war in the area of operating systems and now internet technologies since consumers started storing their data on personal hard drives. Back in the 1970s this war was primarily waged between corporations and governments. The goal was to swallow up anything that wasn’t completely controlled by the few.

As operating systems gained connectivity, the war went into overdrive. The addition of modems, however slow, opened up the ability for computers to be raided from remote locations. You might find it hard to believe, but some notorious computer moguls have families that have been in the intelligence business for many decades, and it was their offspring that were enabled to start some of the most powerful operating system companies on Earth. Of the systems that were run by reputable people who believed in power to the people, they soon found their computer company owned by elite controlled investment groups that infiltrated and expelled their founders as quickly as possible.

We bring this up, because the operating system wars have now spilled over into the internet. There are a host of companies that control nearly all the access to the internet through search engines. Search engines are being boiled down to a single choice that extorts good search results behind monetized ads that the public has to afford in order to be justly represented. The largest search engine was financed by a company called In-Q-Tel, which if you visit their website (http://www.iqt.org/) you will notice a company using a non-profit organization domain suffix that is clearly a profit taking extension of the intelligence agencies around the world. Only the employees of this company can divulge their exact dealings, however it should be noted that they have either directly or indirectly via officers who have resigned raised money for data gathering social networking websites such as Facebook, invested literally millions in companies that harvest user data, share it with various government agencies and pretend to care about right and wrong, and even in some cases cite slogans that encourage people to act in way that they don’t.

As we go about our lives choosing these solutions over others, it will be good to take with those choices the information presented here. There are companies that offer “free” solutions like mapping technologies based on government data that no other companies have access to. They are offering desktop applications online to store spreadsheet information, illustrations, scheduling, emails, and every area of previously private information so that the public will literally give their private data to the source to be used against them.

It is also good to remember that evil organizations dislike good people. Good people often lack the ability to think like evil people, and therefore unknowingly assume that as long as they don’t break the law, they are safe. We want to remind you that in that climate, laws are bound to compress freedoms until it is unbearably uncomfortable to live, at which time the technical shackles that bind you will prevent you from expressing your opposition without punishment, for every form of expression and verbal communication will be monitored and used against you.

Today it is growing more difficult to store family photos and or movies without software scanning every image for face recognition data. Features that can’t be turned off are imposing on your privacy and storing binary trees of facial information that can be remotely queried and sent back to a central organization. If there ever were a revolution in any form, and individuals were identified by those imposing evil unconstitutional constraints, they will have the ability to scan the entire world’s hard drive and find an individuals face along with GPS information to then track that individual down and stop their descent, and thus lock in their tyranny on the world.

This is only one reason why is imperative that we spread the notion that the world needs to reject the banker created terror and fiction that makes one man war against another. We need to purge ourselves of these absurd rituals that in order to be victorious and happy with ones life, that another man, woman, or child must die. The philosopher Kenneth Burke taught society that scapegoating occurs on all levels of the human condition. When we allow our lives to be eroded and made unhappy, the ignorant will seek out the death and outright murder of others in order to distribute the pain they feel for their own lives. Those who are prejudice hate themselves as much as they pretend to hate others. We must end this cycle less we fall victim to its madness.

Choose your computer solutions carefully. Choose your online services carefully. Be weary of supporting legislation that would trade freedoms for tyranny. Be the resistance.

Mission To Mars: The Picture Business