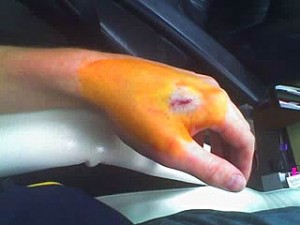 Many years ago the warnings went out regarding an elite goal of embedding Radio Frequency Identification (RFID) chips into every man, woman, and child on Earth.  Once chipped like dogs, the movements of an individual (physical, political, or financial) would be able to be tracked via their devices.  It can be clearly assumed that the proliferation of the Internet greatly hindered this plan from executing on time, however. There is a catch.

With the introduction and ultimate proliferation of the smartphone, the entire world has been duped into carrying around an enabled tracking device, just not subdurally. Unlike RFID chips that have input limitations, smartphones are always active, even when “asleep”. They can be switched on remotely to eavesdrop on  all audio in its radius, track all GPS movement, all calls, text messages, Internet activity, and every other fragment of data stored within. It is a constant surveillance companion–a double agent, if you will. It adds an enormous sense of convenience in our day to day meanderings, but at the drop of a hat can be used against its user to report their activities.  In a cashless society, financial transactions may eventually be required to be run through the smartphone (for your convenience you’ll be told), thus bringing us one step closer to total banker control.

Now we aren’t going to try and convince you to give up your smartphones. Technology is not a bad thing. Our goal is to heighten your awareness of their end game with respect to controlling humanity as a whole. We have not avoided RFID chips, we’ve just opted to carry them–or more accurately their supercharged cousins–in our hands at all times.

Nevertheless, some people are opting to have these chips embedded in their hands, and revering their creation as a step in the right direction. Nightclubs in Europe are providing VIP treatment for those who have the chip, and nearly all who receive the chip develop cancerous tumors (this certainly occurs in animals that have been chipped) within a few years regardless if they have been diagnosed or not.

We want to make it clear, this is not cool, this is not trendy, and this is not going to lead to more freedom. This is going to be used to herd the populous as a whole into whatever controller society they have designed for us. As Aaron Russo noted, Nick Rockefeller made it very clear: this is their endgame. Meaning, with RFID chips in every human on Earth, there will be no need for any further constraints, for all men will be equally repressed.

The Conspiracy To Demonize Geothermal Design