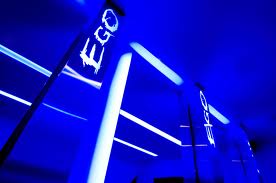 The Truth movement is in full swing. The elitists are terrified to the extent they are trying to silence the alternative media with SOPA and or haul us away using NDAA. An important question to ask ourselves is are we doing our best to present information? Or are we just repeating the egomaniac driven press that the mainstream mass media has been doing for more than century. We think the answer is very clear: we’re slipping.

Alternative media websites are starting to become ego driven fame seeking news sources. Hosts are passively bragging about themselves while trying to fallback on how they “aren’t” heroes. Nevertheless, their websites, their promotional materials all hail the leader of their organizations. You can’t get information without ingesting their photos, their names, their past deeds, etc. It is more important that you know THEM than to learn something important and informative.

We have tested many popular alternative media websites, and they almost unanimously refuse to acknowledge outside individuals. They are sequestered into their tight band of pre-approved largely repetitive sources. They won’t allow fellow websites to post in their forums, respond to their posts, or promote a like minded articles. The hoarding has begun. The fall of alternative media has begun.

This is why we’ve created One Page News. We are a consortium of highly connected individuals who vet our information with face-to-face investigative journalism. We share our insider track with you after interviewing billionaires, politicians, intelligence agents, military commanders, doctors, scientists, and both present and former elitists who are tired of the charade.

So if you have to stare at the face of a personality in order to get the news…go somewhere else. For you will have your valuable time wasted by mantras of self importance, self congratulating pompous individuals who value their own rise in fame over what is most important, FREEDOM. Our nation’s first leader was a man who refused numerous times to be its leader. One Page News isn’t ONE person, ONE personality. WE are the PEOPLE. WE are YOU.

One article about something is better than ten articles about nothing. Free yourself from more of the same.

Cancer, It's What's For Dinner