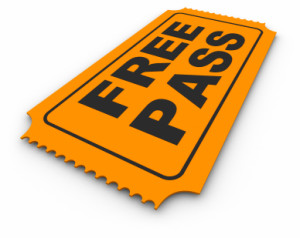 Let’s get real…they’re all getting away, and you’re doing nothing about it. Obama orders a stand down and kills the Ambassador of Libya to drum up a nice 9/11 scare tactic, Hillary Clinton was most likely orchestrating the entire event, Holder continues to send guns to Mexico to supply drug cartels, the IRS has evolved into a 100% bullying organization with officials pleading the 5th instead of admitting to their crimes (something you’re suppose to do in an audit OR ELSE), murder “suspects” are assassinated prior to trial to keep the official story in check in every major gun shooting across America, Adam Kokesh is detained on bogus charges because he dared to speak the truth online, Syria is falsely accused of using chemical weapons to drag more American children into World Banking wars, Senate budget committees are caught funding weather manipulation programs while Oklahoma loses 51 lives due to freak storms, the Paul family pretends to give a shit about all the illegal proceedings on Capital Hill all the while feeding the beast with senseless faux activism…they’re getting away, and you’re not doing anything about it.

It’s not up to someone else to wipe your ass, which is why yours hasn’t been cleaned in decades. Mommy and Daddy are dead, and left you home alone, and you don’t know what to do. Well when you hear the pounding on your door at 4 am, that means get on the floor, shut up, hands on your back, don’t resist when they tazer you, grind their knees into your face, and haul you away in your birthday suit to spend the rest of your worthless meaningless life in a prison with fellow worthless humans. Eat your GMO prison food. Work in your corporate for profit prison centers, make sure our customized license plates say “Bye B Ark.”

Buy all the guns you want, they’re going to take them away anyway, and you won’t do a thing about it. Right New York? Right Chicago? Shut up, lie down, and take your tyranny nap like good weak humans. The time to be patriots has come and gone, and you missed it. They win. You’ve lost, and you like it.