Why Doomsday
Isn’t Coming To America 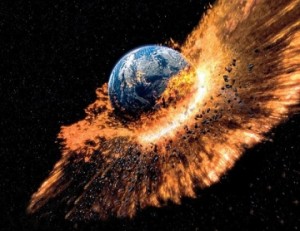 There has been a lot of PSYOP drama injected into the consciousness of the internet lately, and we wanted to remind you not to panic. The latest rumor of a DHS Agent spilling the beans to his nephew or whatever that America is on the verge of collapse is something that shock conspiracy jocks like Alex Jones love to use to scare you into buying his products. We at OnePageNews like to refrain from these sensationalist stories, because they ultimately NEVER come true. So let’s review what it means for America to fall.

What America Does For The Ruling Elite

America provides a very intense list of services for the elite that if we entered a state of financial chaos would no longer be available. These services include among other things taking over sovereign countries and handing them over to the World Bank and the IMF for dismantling. If our propaganda drunk soldiers thought for a second that their mothers, wives, and babies were in harms way at home, their conviction to continue killing innocent people without knowing anything about them might run the risk of waking up.

America also provides billions in aid to countries that build segregation walls around their religious foes. Israel would no longer get their $30 billion plus a year in financial donations from their ever so loyal minions in the United States government. Our ability to produce military innovations, jets, missiles, and Arab mutilating robots would end. They can’t have that.

America also fuels a massive level of needless consumption keeping countries like China supplied with a never ending flow of US currency. Shutting down American financially means an end to this stream of consumerism and thus Asian stability. Citizens might actually begin to wake up out of their comas, and the elite can’t have that. China would unilaterally respond in the only way she would have left, and our money would be on splitting their forces to try and secure their assets in the United States, which would fail miserably, and their need to discipline the bankers of Europe for luring them into the false security known as the US Dollar.

Chaos Is Not Manageable

For those of you who watch a lot of war movies and generally anything directed by Michael Bay, this might come as a shock, but no military in history, no police force, traffic cops, etc., could hope to manage a beast known as America should pure financial chaos ensue. For one, virtually all of these forces would be cleaned out in a 48 hour period from the scumbags that think they’re going to take guns from citizens. Our soldiers, our police, and our citizens will put every single one of them in the ground before the elite can call in a missile strike from above. This only happens in movies.

Due to the internet, we know who the bad guys are. We know where to find them even if they leave American soil, and quite frankly, the citizens of America will be good with that sentence. Let Europe have all their ruling monarchs they labor to keep on top of the world. They will no longer be on top of the United States, and if you think our skies are safe now, wait until you try to come across our borders once they attempt to pull the plug on our economy. We will be free, self-sufficient, and extending no invitations to countries who litter their streets with millions of surveillance cameras.

As Bill Still recently noted in a video (then later edited out) the 1.6 billion rounds of ammunition will be quickly confiscated by the law abiding Constitution following military mega-machine known as the United States Military. Commanders, politicians, bankers, and any human standing within the sovereign land of our 50-states who attempts to direct their subordinates to violate their oath will be detained, tried, and put in prison if not to death for their breech of duty.

Then again, none of this is going to happen, because chaos isn’t coming. The doomsday marketing division of so many conspiracy sites will be wrong. Sure, predict the world is going to end tomorrow every day, and eventually one will be right, but the year of 2014 is secure, because the job of dominating the world using the United States military isn’t over yet. Once we’ve taken over every single country possible for the unification of a New World Order, once there is no hope of fighting back and all the guns are outlawed, then we will hear the door of total and utter control slam on a population that was waiting for hope to save their lazy socialistic lives.