Posts in the alloxan category 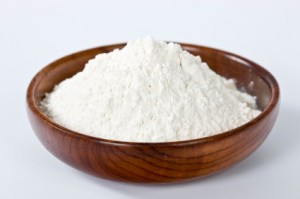 About 100 years ago society began to reject the natural cosmetic appearance of wheat. This one naive decision resulted in an opportunity for our entire use of all wheat based products to be compromised to the core.

Meet a drug named Alloxan. This chemical is the number one technique that America food makers use to process naturally brown whole wheat into toxic white powder found in nearly all white bread based products and especially cakes and candies sold in convenient stores from coast to coast.

The problem with Alloxan is that it also doubles as a drug that induces diabetes in laboratory animals. That’s right. An animal is given Alloxan and immediately begins to develop diabetes. What effect do you suppose this has on the human body? If you guessed diabetes, you’re probably right.

Consequently, Europe has banded the use of any chemicals to bleach flour. They simply allow the wheat to naturally change color over 11 to 15 days. What a novel idea huh? Not in America. In America we need everything, and we need it now. That and the European corporations that are owned by European monarchs and other banking families that are still furious over losing the Revolutionary war have America and her citizens in their scopes, and therefore under attack. They have been polluting our food supply for some time, and now one of the basic food groups is in absolute peril.

So how do you know which wheat hasn’t been tampered with? Our only answer is any product that reads as its first ingredient, “100% Whole Wheat Grain.” Anything that reads “enriched” or “multigrain” is not guaranteed to be good for you. In fact, many breads simply sprinkle 12 grains on the crust, and leave the internal bread bleached white. Some companies take measures to make white flour look brown and healthy, but if it doesn’t say 100% Whole Wheat, it’s not whole wheat and you should avoid it all costs.

There are two parts of wheat that can be considered healthy for man. Some contest rightfully so that man never ate wheat until very late in his development, because natural wheat contains a toxic shell that can lead to death if not baked off, similar to peanuts. With a grain of wheat are three components. The bran shell that can promote regularity. The endosperm which is largely useless, and the wheat germ that has a high level of nutrients. The only problem is that wheat germ only comprises 3% of the entire kernel. So in order to ingest anything healthy, a human has to consume 83% endosperm which can lead to high sugar values that the body has to break down. When mixed with Alloxan, the effects can lead to early diabetes in children. If you’re a parent with a child suffering from diabetes, it would be wise to examine their diet leading up to their condition.

Several doctors are trying to heighten the awareness of Alloxan in white flour, but are finding it hard to get past the propaganda laid down by the companies that benefit from its fast and easy wheat bleaching properties. We urge you to convert to whole wheat bread if you need to eat such products, and spread the word about the health risk associated with anything white. If its white, it’s not good for you.