Posts in the bill still category

Still Report #35 – The State of the Libertarian Nation – 1. Bill Still addresses the good news for the LP, and the bad news. Due to an out-of-date party platform, the LP message is muddled and this is the root cause of the sub-1% performance in the Presidential elections for many years. But we can fix this.

Bill Still takes on all the Republican candidates in a debate on the economy.

Though most probably don’t know it, the hard-core radicals are at the core of the Occupy Movement. Also Greece and Italian governments were toppled in bloodless coups last week by the European Union.

You’re Afraid Of Numbers In A Ledger: Stop It! 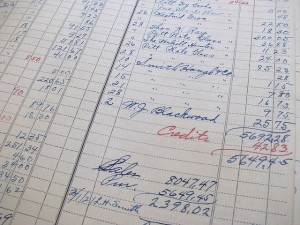 How many days have you spent worrying about the world economy and how it will effect your life? What is it exactly that you fear? That a fictitious financial organization will phone you up and say that your life savings have vanished? That your money isn’t worth what it used to be? Did you know that it’s all fake to begin with? Back by nothing but people who pray and hope that you never figure this out?

Well, that’s the truth. As Bill Still so accurately outlines in his films The Money Changers, and The Secret Of Oz, money has reduce to nothing more than numbers in the memory of computers, and some folks only make a phone call or send an email to get more fictitious digits in their inexhaustible bank accounts.

Like a renegade religion, the concept of money has been lost on the people of the world. We work all day and convert our labor into bank notes that are 100% controlled by a group of men in Europe who then extort behavioral demands from the rest of us to keep them in power. The only thing keeping their world alive is a thought in all our minds. The second we reject their concept kept in place by guilt, we set ourselves free to create a currency that preserves that work unit into something that will never lose its value, ever.

We would like to suggest that you take a moment out of your day, and concentrate on the fact that the entire world’s economy is based on a lie. A lie that needs to be exposed, and a lie that needs to be forbidden from renting space in your head. Allow a void of justice to live in its place, and push to arrest those who have knowingly manipulated the markets against the people to keep themselves in unjust power for centuries. If nothing else, rid them of their ill-gotten wealth, and allow poverty to be their prison for life.

Stop fearing digits in memory. Stop endorsing usury as a way of life. No man has the right to control another man, and regardless of your religion or scientific belief, this is the truth you must live by. We leave you with the lyrics of one Ronnie James Dio:

You’ve got desire
So let it out
You’ve got the power
Stand up and shout!

Poll results from the Libertarian Straw Poll and the situation in Greece.

You can cast a vote for Bill Still here: http://lpmndc.org/

Bill announces candidacy for the Libertarian Party nomination for President of the United States.

We also want to note, that Bill Still is no way affiliated with the content presented on this website. We simply find his view of the financial reality as one of the clearest and easiest to understand on the web.

Bill is a lucid mind that everyone needs to listen to and understand. We recommend you seek out all of Bill’s YouTube videos and watch them through and through.