Posts in the euro category 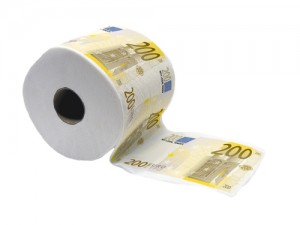 So since you’ve ditched your forefather’s currency and taken on the false promise of the Euro, you had a small spike agains the US Dollar, and suddenly found yourself linked to a world catastrophe of biblical financial proportions. So how much failure does an intelligent society need to endure before change is suggested? Ten years? Twenty years? How many pasty white men with more money than they will ever need, need to make more money before you’ll wake up the scam that is your new currency.

In the United States we have to go back to 1913 to blame the lack of modern information and the internet for our troubles. You allowed this to happen in 2001 with electronic email and instant news. Europe, wake up. Wake up to the fraud that has robbed you of your sovereign dignity. Wake up to the blatant scam that is the IMF and World Bank. Withdraw your country’s membership to the European Union and preserve your country’s culture and way of belief. Tourist if nothing else like foreign money, don’t steal your uniqueness from society. Remain you.

Are you worried about the IMF’s punishment if you pull out? Want a solution? Arrest them all! Arrest all those who own and manipulate world populations with usury. Every single Rothschild, Windsor, Hapsburg, and or Monarch lives on your land. They are raping the entire world day by day while you sit fluoridated looking the other way. Wake up and arrest these individuals and reconstitute your countries in such a way that they will never be able to rule over the world.

It has been decades since Europe has done something global for the world besides make great products. You have the chance to change the entire planet for the better. America can hold all the “occupy” movements we want, but it wouldn’t kill the head of the snake for the head lives in your backyard. Gain the upper hand on the world. Remove the bankers from power. Do it before we lose this opportunity.

Greece Defends Herself And Upsets The Bankers 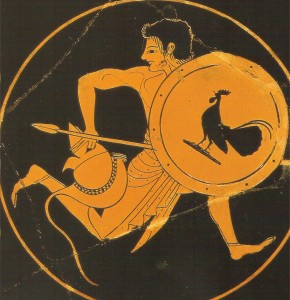 The bankers have the world markets trained to accept the artificial woes of a nation trying to free itself from the make-believe debt they have accumulated from usury tactics imposed on them by complete and utter criminals. Today Greece decided to review the “bail-out deal of death” from the European banking cartel. They want to further analyze how badly they are going to get screwed in the process, and the message was soon sent out from their new controllers to rattle stock prices and economic outlooks world wide.

The message is clear, all neighboring cowards are to phone Greek officials and convince them to go in on the daily rape that is conducted by the elite on the rest of the world who have allowed their countries to be stabbed in the back. We say, fight them with everything you have Greece. We’ll bear the burden of any hardships these pasty bankers want to inflict on us, for the more they try to punish us with their fraudulent fiat currencies, the more we’ll edge closer and closer to the source of their method. We will eventually find the source of our pain and lob the head off the snake ridding the world of their control forever.

We would like to urge Greece to revoke entirely any and all deals that do not resolve themselves using currencies created and maintained by Greece and her citizens. To Greece we say, you have led the world in philosophy, mathematics, architecture, and above all political forms of government. Harness this genetic knowledge and be the first country to balk at the bankers of Europe. Be the first country to show the rest of the world that you can set yourself free. Create your own money. Back it with gross national products. Innovate through this phase in your history and create a moment of honor your people will recall to children for generations to come.

There is a little secret about world currencies that we thought was time to expose. The British Pound is the world’s cornerstone monetary unit. Ever wonder why Britain guilt trips all of Europe into the Euro, but they keep the pound? That’s because the Queen of England has a strangle hold on the world’s most valuable currency.

Now when one analyzes the value of say the American Stock Market, one needs to first analyze the value of the United States dollar against the British Pound. Every cent that the dollar loses against the pound is worth roughly 1.5% in purchasing power on the New York Stock Exchange. That means that if the dollar loses one cent to the pound on any given day, the stock market will lose roughly $150 that day. Anything below or above is the TRUE performance of the day. As the stock market goes up and down, one does not need to panic. It only means that it takes less dollars to buy a share of stock. That’s good.

The pathetic truth is that American’s are taught that if the stock market goes down, that’s bad, and if it goes up that’s good. If one studies the ups and downs as it relates to the dollar against the pound, one will see an amazing correlation. The stock market going down at the same time that the dollar gains against the pound should be considered a great success. However, since the dollar is a completely owned and operated currency controlled by the Federal Reserve who controls its availability in the world markets, we can’t expect to gain any control until we liquidate these organizations and reconstitute the country against their participation.

So each day that you wake up, compare the dollar to the pound. See how it differs from the previous day, and you will see the New York Stock Exchange sway in accordance. Anything outside of a 1.5% margin is the REAL performance of the day. So if we gain against the pound and the stock market still goes up, it’s truly a good day for the value of the market.

Believe it or not.