Posts in the federal reserve category 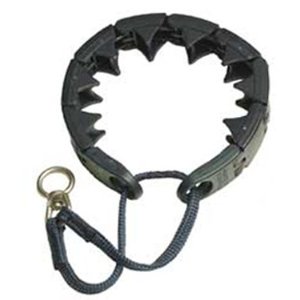 As you live your life you go through ups and downs. As you grow older, you begin to delve into the news and the world around you. Sadly, unless you live in specific circles, you have to draw the image of reality from elite controlled news sources such as Reuters and the Associated Press that feed CNN, FoxNews, the New York Times, the LA Times, and just about every other major circulated publication that claims to be telling you the truth.

If you’ve been paying attention, the last half decade has been an exercise in Pavlovian dog training. The “news” tells you what the problem is, soon presents the reaction you’re suppose to have, then gives you the dog biscuit of solution you’re to eat in order to solve your problem. What you may not be realizing is that the bankers are controlling much of your mental imprints.

The bankers of Europe have declared financial war on the United States and Europe as a whole, not to mention their military attacks on every Middle Eastern country for daring to remain sovereign. As each day goes by, you are programmed with scenarios that are tantamount to mental terrorism. These scenarios speak of doomsday outcomes if every country under the IMF / WorldBank thumbs don’t give it to their freedom crushing demands. The public is then rewarded with “good news” if and when a country is successfully infiltrated by traitors who sell out their citizens rights to be free from a central banking system.

It is vital that we break this pattern of conditioning. We must reject wholeheartedly their assertions that for us to live normal productive lives, that bankers have to be capitulated to and allowed to deem themselves above the law and higher in moral stature than all other humans. We must remove bankers from this world, and regulate the creation and distribution of money in a perfectly fair and non-profitable way. As soldiers who go overseas and give their lives are not expected to come home millionaires for doing their duty in protecting their country, so too should and individual who participates in the creation, distribution, and manipulation of money.

Usury was once understood to be the most vial of crimes man had ever created. Let’s rediscover that understanding.

What The “Occupy” Movement Needs To Know 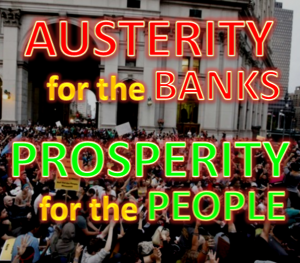 Protest is spreading throughout America. The population is increasingly finding that they have been pushed into a corner, stripped of their livelihood, and shackled by egregious bank debt. The War against Banker Occupation is the mission of every American. Unfortunately, operatives have infiltrated the grass roots movement, and that of course is being used as a targeting system for the teleprompter fueled media. MSNBC, Fox, CNN and the like will only show you a swarm of drum beating hippies and people in funny wigs acting like they are reliving Woodstock in downtown Manhattan. What they will not show you is that there is also a strong showing of the awake crowd, alert to the fraudulent Federal Reserve enslavement scam, the derivatives compounded debt scheme that bloats the fictional banker money supply to cosmic levels, the outright citizen robbery of the Fed’s QE 1,2 and 3 programs, and the other shadowy, criminal financial operations that have grown like a cancer since the Clinton Administration backed removal of the Glass-Steagall restrictions on financial institutions.

We also want to note, that Bill Still is no way affiliated with the content presented on this website. We simply find his view of the financial reality as one of the clearest and easiest to understand on the web.

Bill is a lucid mind that everyone needs to listen to and understand. We recommend you seek out all of Bill’s YouTube videos and watch them through and through.