Posts in the hpv category

Murder Your Child’s Future: Vaccinate Them 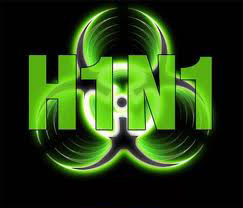 This year’s push to sterilize your children’s future has just begun. The ever creeping false concern about whooping cough, and yet again another H1N1 propaganda campaign is designed to take advantage of the less educated and trick them into gutting the minds of their offspring.

It is safe to say that the United States of America is under complete and utter attack from the pharmaceutical companies of the world. It is important for us to open up the dialog about this fact, and do what we can to properly demonize these companies and their employees less we fall victim to legislation that will make ingesting their toxins mandatory for every man woman and child.

The latest obsession with the HPV vaccine has crossed the line of euthanizing our children. States such as California have been taken over by pharmaceutical lobbyist such as Jerry Brown who has immediately served his masters well in allowing children to get vaccines without parental consent. The HPV vaccine is already being banned in several countries around the world due to its risk of death as proven by patients who died after taking the vaccine.

It is morally repugnant to consider for a second that a child has been given legal rights to authorize an untested vaccine to themselves against their parents will. The pharmaceutical companies know they can lie and manipulate children into taking medicine by telling them they will catch a bad disease if they don’t. The fact remains that HPV protects against sexually transmitted diseases that some people will not catch, because they will not encounter people who have been in circles of casual sex partners. The HPV vaccine only has a case for adults that choose to live in high risk categories despite being taught by schools and information campaigns.

Do what you can to tell every person in the world that vaccines are nothing more than a scam by the companies that manufacture them. They are not needed by mankind, and have been instilled in your conscious by endless ad campaigns and doctors that can’t think for themselves.