Posts in the nazi america category 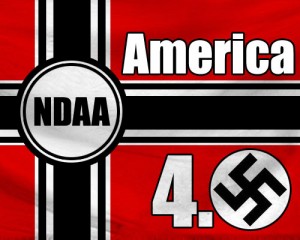 For several years now FEMA Camps have been constructed across America being documented as early as 1996 on video. These mysterious buildings, usually positioned near train tracks, and sometimes built from old train depots, have barbed wire fences, prison like interiors not to mention huge heating systems that are four times the needed design for such structures. Some appear to mock Vietnam concentration camps, while others look like modern government buildings. One thing is for certain, they exist in the thousands, they are largely empty, and tax payer dollars footed the bill for their creation.

The inside track on these buildings included documentation that specified that those brought to the camp were to be segregated into groups designated by a color code. Two groups were to be harbored until further handling, while two other groups were to be killed on sight, or killed after a quick trial.

Official FEMA documentation released to the public states the camps have been created to house citizens during major catastrophes. We can only hope this is the case, nevertheless, it is something that NDAA appears to be well suited to supply. If President Obama passes any portion of the National Defense Authorization Act (NDAA), Americans can now be designated terrorists without a trial, and detained in foreign locations, and assassinated if so wished by their captors. And of course, without a trail anyone suffering from capital punishment would most likely not have their case, and or facts heard by anyone interested in being told that they were wrong in their original accusation.

We will continue to document NDAA as it reaches the President, and especially if any portion of it is passed. Let’s remember that a terrorist in the most fundamental sense is an American who attempts to undermine by way of limitation the founding Amendments of the Constitution. We would propose that acting to design, approve, or pass NDAA constitutes a most vivid example of terrorism on America for this country is not under siege by a foreign nation. We are not near any level of attack from those who are accused. What we were aware of via scientific fact is that America was attacked on September 11th, 2001, by corrupt factions who appeared to have the power to make government and military officials unable to defend this great country as jets and missiles were used to attack innocent citizens in order to galvanize the public into unknowingly giving up their founding principles to chase phantom boogeymen that have yet to be identified or eradicated.

If you love America, then NDAA should make you stop and pause. It should sound remotely familiar with even a basic understanding of Germany in 1935 as it was slowly manipulated into believing that the surrounding nations wanted to attack their way of life. It was all a lie, and it was all set in motion by a false flag operation that was staged by the government to advance their goal of creating a tyrannical movement that murdered millions of innocent people around the world. Let’s remember the steps once again. Let’s not allow America to turn into the Fourth Reich.