Posts in the tron category 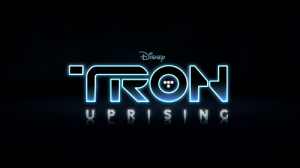 After creating one of the most incredible series on television, Disney Studios has cancelled this breathtaking animated series TRON Uprising. OnePageNews has been monitoring this groundbreaking show on a number of levels, but one was clear; there hasn’t been a more effective show for children to open their eyes to the tyranny their parents are shoveling onto their backs. TRON Uprising had a consistent story theme from start to finish, the few rule the many, and with just one voice, an uprising can spread like a virus and take them out.

After just two seasons of award-winning design and story, Disney has elected to continue its dozen dreadful programs in lieu of true liberating art, and cancel TRON Uprising. After assembling one of the finest group of artists any studio has had under their payroll, Disney is citing poor ratings to justify derezzing this landmark program. The facts remain, Disney pushed this show behind a pay channel Disney XD during a recession. The top executives aren’t stupid, this was done intentionally, and you shouldn’t forget that.

Prior to moving TRON Uprising from Disney cable to Disney XD, the viewership was over one million per airing. After the move to XD, which was a sad attempt to save a dying channel, Uprising’s viewers were cut to a little over 300,000. Also canceled were two XD Marvel franchises Spider Man and Avengers. Heads of state within Disney are petitioning to save TRON Uprising by bringing it back to cable. Nevertheless, the franchise has been left dead, and we think quite strategically.

Have we seen this before?

Similar to the demise of the initial Star Trek back in the 1960s, Gene Roddenberry’s theme of anti-tyranny got in the way of mindless television. After the second season of Star Trek, Gene left the studio floor until its rebirth in 1987 neglecting to participate in the final third season. Despite over 20,000+ hand written letters to the studio, Star Trek went off the air in 1969 with the historical excuse of poor ratings. Less than three years later over 5,000 fans gathered in New York City in January of 1972 once and for all making the ratings excuse a categorical lie. What the historians rarely mention is that like TRON Uprising, Star Trek was moved from a successful primetime slot to a 10 pm time slot that killed  access of many of its younger viewers. Like we said earlier, Uprising was moved behind a pay only wall of XD during a recession.

Many decades later we saw this pattern repeated again. Star Trek Enterprise, who by its fourth season had led with an opening episode mirroring the inside job of 9/11, where a Volkan faction had their own embassy attacked to kick off a fake war on terror, had their show abruptly cancelled in their fourth season citing again poor ratings. We believe the writers were mirroring the corrupt factions within the United States that staged an attack to justify the take over of the Middle East. Knowing that 9/11 nearly sank the new show that aired on September 26th, 2001, we’re assuming the writers were trying to wake up their most astute fans to this Hollywood formula of scaring a population into giving up their rights.

We would like to salute the writers and designers of TRON Uprising, and hope that against all odds the show’s cancellation is reversed, and that the theme of anti-tyranny can survive. We won’t be holding our breath.