Posts in the why category

The “Why” Barrier To Truth 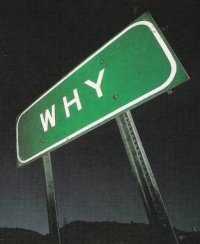