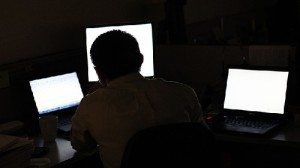 For those of you in the dark the act of “giving” China technology from America has been going on for decades. It used to be a cover story of leaked technology out of Los Alamos Labs, etc., but we assure you it’s all intentional. First and foremost, the weapons are hardly state-of-the-art. They aren’t crap, but we know how to neutralize them in an instant. The main question people ask is why. The answer two decades ago was simple, maintaining a balance of power. China holds trillions of European investment, and therefore needs the ability to protect that money with weapons. Today, it’s a bit more surrogate.

Today, European banking cartels have taken out huge loans from China in the name of their bastard property America. However China is now concerned that America won’t be able to pay its debts. So a plan was hatched to sell all of America, it’s land, it’s people, it’s corporations, everything to China. There is a small hope that America will recover, but let’s face it; the youth of America is more ignorant than they have ever been. The prospect of America recovering is as next to nothing as could be measured, save some sort of revolution by the parents who sold out their freedoms for big screen televisions.

Technology is now given to the Chinese not only to continue protecting foreign investments, but to settle various calls on the debts that are owed. America if you will is a candy shop for China, and the Pentagon complies, because it no longer employs loyal Americans. It employs carefully placed sell outs that view America as a country who’s time has passed.

So you can expect more and more lethal weapons to be handed over to the Chinese on a regular basis. European bankers have promised China the ability to defend herself, and the next reign over first world status. We think they have a few centuries to go, or at least AFTER they’ve discovered the traffic light.