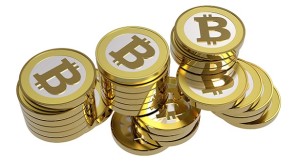 So there’s a new currency in town called cryptos. Everyone is all excited that we’re finally going to stick it to the big banks. OnePageNews would like nothing more, but this isn’t going to happen in your lifetime unless we change our energy systems. Let us explain.

Our current first world currencies are corrupt. They are given value by the  sale of a barrel of oil, and every sale of every barrel is controlled by the World Bank and the IMF. That’s why we call currencies that are valued by oil “Petrol Dollars.” It doesn’t matter if it’s a British Pound, a Euro, or a US Dollar, they are all valued through the consumption and movement of oil, and that value is regulated and enforced by international law exclusively developed by the World Bank and IMF. The monetary mantra of the 21st century is “He who controls the energy, controls the currency.”

The current promise is that cryptos are safe, because aside from other factors, the interest bearing loan-sharks known as the world banks can no longer create money from thin air and demand interest payments that are impossible to pay. We believe this is a naive promise made to the people who will fall apart the second that the majority of world wealth is transferred into this new form of currency, and thus used to monetize the same energy systems that exist today.

It shouldn’t be news to you that there has been a goal of unifying the world under a handful of currencies. This is the current goal of the current paper money systems. The Amero, The Euro, and The Asean. This goal cannot be overlooked when looking at how the World Bank will overlay their goals onto any new monetary system.

As with all “good and bad” laws of morality, the mechanism of “checks and balances” is a natural means to keep the two at odds with each other. In terms of currency, these checks and balances are maintained through multiple sovereign monies that are used to trade against each other. By being sovereign, we ensure that nations want to inherently protect their currency from corruption less they lose the ability to use their currency in the global market. Just ask Mexico and Russia about their problems over the last 40 years.

For the most powerful people in the world, think those who own the biggest banks in the world, this diversity complicates their ability to maintain wealth and power. As they drive up one currency with fake value, another country like Iceland might create their own money and thus undermine their ponzi scheme of fake currency. So in comes the unification of currency.

A unified currency allows those in control to operate and maintain that control with a single staff, a single method, essentially a more efficient pipeline of control. Today, corrupt factions launder money through foreign countries to create liquid funds that are untraceable to execute covert operations to overtake countries, kill dissenting voices, etc. A unified currency means that once the money is attained, it lacks the need for this laborious cleansing. It can immediately be used for every corrupt idea that enters their paranoid minds.

In comes the promise of a new day, the Crypto Currencies. Now before we rain on anyone’s parade, we did have high hopes for this new system of money. In theory, it looks great. However, when you take the concept out to its ultimate goal of replacing all currencies on Earth, which is the ultimate goal, it returns right back to the same monetary hell that our current choices provide. Let us explain.

If the world is still sucking on oil barrels to survive, then that oil will need to be purchased and shipped using the new crypto currencies. We’re sure it wouldn’t surprise you to know that the same people who own the banks that control the world also own the energy companies globally. This means that the most corrupt factions on Earth will simply switch from their ancient paper currencies to digital crypto currencies. For a start, this means that by sheer mathematics, the same Elite that control you today will be manipulating 99% of the cryptos once a transfer were to complete.

For those astute monetary reform thinkers, we can hear you screaming, “Yes, but they won’t be able to corrupt the system with interest bearing loans that can never be paid off!” Our rebuttal is simple and unfortunate: The second that a country operating or considering a switch to crypto currencies needs to grow their country through upgrades to facilities, or better yet, an Elite created global war, they will need money created from nothing. And what system for creating money from nothing do you think they’ll choose? We’re going to put a lot of money on fractional reserve banking methods injected into the pristine crypto market. Bankers will develop fear-mongering campaigns until nations give into the pressure and legislate some form of monetary creation from nothing, and we’re guessing that some “incentive” system to pay back the system with interest will be stapled to those bills, and what better way to do this then to put this authority under a World Bank “you can trust™” that will keep everyone in check.

This previous point is largely lost in crypto discussions today, because one can’t purchase crypto units without giving up a single unit of legacy paper currency. We are unaware of anyone creating units of crypto from nothing, therefore our conclusion that a system will be developed, so will seed the world with ongoing monetary corruption.

Right now there are dozens of crypto currencies on the market. Right now a lightly funded group with enough wit could create yet another crypto currency. This is incredible power and gives the people a sense of relief, because for one split second in time, money is being created by regular humans. But what would be the picture if all the world’s wealth, say all the real-estate, energy reserves, and future sales of everything were using these currencies? Let’s say the country of Germany moved their entire country into a crypto. Do you think they’re going to pick yours? No, they’re going to develop their own, and invest in that one. But wait, Germany isn’t Germany anymore, they’ve sold out to the European Union, so they will never get to choose. The EU will undoubtedly, if ever, create their own digital encrypted currency and pass laws to forbid any EU members from using EU government funds in anything but that system. What makes us sure? How else could the EU guarantee the safety of their citizen’s money? What if there is an encryption bug? And we all know how quickly massive government agencies move.

Now, let’s cover another scenario. Outside of governments investing in their favorite monetary system, what will happen when the citizens of the world who don’t know how to set up their email on their cellphones start to move their mini-wealth into a crypto? Do you think they’re going to bet against the selections that say the United States or the EU selects? Not a chance. Even if there are 100 cryptos to choose from, it’s all going to pool into the most popular choices that are paraded by government-funded press relations, mass media pumped statistics of risk, etc. There will be an “organic unification” of crypto currencies due to fear alone. You will not be able to convince your grandmother to dump the family’s wealth into Quarks if 80% of the world is picking the other guy.

Remember, there have been zero discussions about how to keep crypto currencies diverse. There are no limits to how much a particular currency can create. There are no countries passing laws to ensure that checks and balances are a daily part of the crypto process. Essentially, anything can happen and will happen to benefit those already in power, and if you think that politicians who are wealthy now are going to do anything to distribute wealth to you, you’re out of your mind.

How Crypto Currencies Can Win

Currencies need to be diversified, that’s a principle of how they maintain their integrity amongst the corrupt. There will always be corrupt people until our resource battles that create the “haves” and the “have-nots” is made impossible. As of this writing, Europe has been decimated by the unification under the European Union. Every single country that joins is worse off instantly. It’s important to remember this when risking the unification under a new hope like cryptos, because we can promise you, it’s easier to unify digitally than with legacy systems that have roots.

The easiest fix, believe it or not is for each country in the world to create their own currency, digital or otherwise. They need to follow our steps outlined in How To Replace Our Corrupt Currency, and re-Constitute their nations against bankers, compound interest, and any form of usury.

The world must break free from monetizable energy systems. What does that mean? Brace yourself, from systems that are billed to profit corporations. Energy needs to be free, period. When it becomes free, it is no longer allowed to pollute the world, or be the least efficient methods of generating.

The Elite gain their control over the world by creating energy systems that filter virtually all of the wealth of the world through them. The second that this bottleneck of control is destroyed entirely, is the first second the world cuts them off from controlling every nation that needs this system. We’re confident that every country on Earth can find ways of importing strategic resources country to country without the shadow hand of the World Bank and IMF to police them through international law. Cryptos are perfectly suited to cater to this philosophy, but we first have to reengineer the world away from their systems.

Right now crypto currencies are being endorsed by countless government agencies who have never acted in the interest of their people. When the CCP of China runs state sponsored programs encouraging the transfer of wealth to cryptos, there is nothing to celebrate. When the state of California moves to legalize cryptos, but neglects to do anything else to benefit its citizens, there is reason to be concerned. When the private for profit Federal Reserve publicly states they aren’t going to intervene in a new system of legal tender when previously the Secret Service will knock on your door the second you barter too much, you know this is a set up.

The powers that be want you moving into cryptos. They either want to punish you by stealing all your wealth with a pre-planned crash of the crypto market, or more likely, the Elite will get their unified money system just like they’ve been bragging for the last 60+ years.

We aren’t trying to make any monetary recommendations, but to bring some basic logic into the discussion. Up to this point, every attempt to debate crypto currency’s long-term safety has gone unanswered. Trust us, we want this to benefit man, but without heavy efforts to regulate cryptos BEFORE the Elite right the book on it, it is our opinion that anyone investing in cryptos is at massive risk.