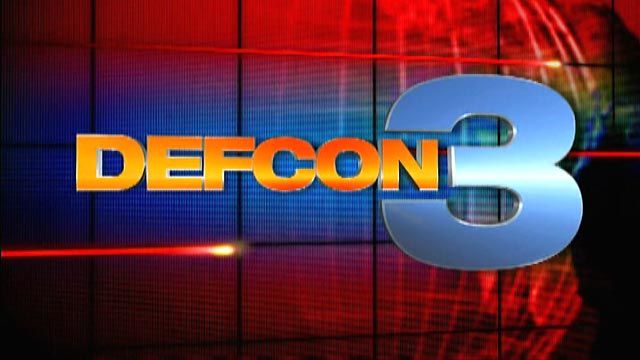 YOU go to jail for an unpaid speeding ticket, overdue tax payments, not kicking up to the IRS Don Corleone, YOU got to jail for any number of small infractions or transgressions, YOU are treated like a criminal in the airport, immediately suspected of a crime and searched like a convict while these very same people exempt from their own laws reap huge profits from the cancer spreading body scanners.

You had better wake up and understand that both parties are infiltrated. Neither one of them will do a goddamn thing to represent you, your interests, or anything you care about. They serve their corporate masters who make them wealthy and exempt from all law, taxation, and accountability. We labor to fund their excess. They labor to bury the nation in debt and division. Don’t take the bait.

We are at DEFCON 3 with these people, and we had better decide how it’s going to go. There are solutions out there. Our enemy is within our walls, and that, my friends, is the most dangerous kind.

These people, this wretched Ruling Class, will never ever lift a hand to help you or anything you care about. You will never have a voice on anything that matters as long as the east coast, blueblood, ivy league, skull and bones crew run the show.

Do not be deceived. Your taxes do nothing to help the nation. It’s a screwjob that’s been in place for a hundred years to feed the slovenly bellies of Europe’s power class at the expense of our labor and time.

The Fed winks 85 billion dollars into existence monthly, slaying the dollar’s value and our purchasing power, but you have to vomit up nearly 30 percent of your wages – not income – to the Don.

Voting for Republicans isn’t the answer. They’re only pretending to be Libertarian so you’ll stand down and put the same people, the same mafia, into the driver’s seat.

The future is in a very dangerous cradle. Step one, Learn The Rules That Rule You!