Posts in the crimes category

BUSTED: Your Government Traffics Drugs – Time To Deal With It 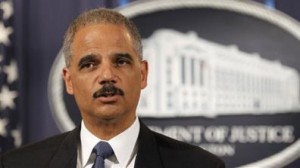 Now is a good time to remember the “I don’t recall” defense that for politicians dates back to pre-ice age tactics of squirming out of liability. You can expect Eric Holder to use this strategy, and for the asleep masses to buy this excuse outright. That is, unless we’re all starting to wake up.

We’d like to encourage you to refuse any denial of responsibility as you do when a Senator is caught trying to gain sexual favors in an airport bathroom. For some reason when a politician is responsible for horrific acts, we tend to avoid that reality, but when it comes to a irrelevant gossip we latch on for the long haul…Monica Lewinsky anyone?

This time we have caught our government and its senior officials engaging in a series of crimes supporting United States sponsored drug cartels in the battle against Mexican sponsored drug cartels. The inside track on this program is that a war between the United States CIA backed drug program has been going on against non-CIA backed arteries. What this boils down to is who makes the money, and how. When one wants to run an illegal drug trafficking ring, they need help from all sorts of elements that are, for the most part, contractors to the drug dealing profession. As the leadership changes, not unlike a local street corner that sells drugs, there is a volley for power, and that’s what has led Holder into the fray.

When the United States backed drug traffickers found themselves confronted by local Mexican cartel members, the CIA decided that something had to be done. The first order of business was to arm “our” guys to the teeth with state of the art weapons and ammunition supplies, hence the raging drug war that started nearly half a decade ago on the Mexican border. As good law abiding American citizens went to the border to defend themselves against the overflowing bloodshed, the Attorney General and the Bush Administration stepped in to protect the drug cartel and not Americans. This in itself is a massive crime against the American populace.

In comes the Obama Administration, riding their fresh wind of Hope and Change, who has to take over the 40+ year narcotics ring that’s been going on since the Nixon Administration. Attorney General Eric Holder is put in place to enforce a favorable relationship with the cartels and to take over the program to fuel the CIA funded traffickers against the local uprising of native South American traffickers. Operation “Fast and Furious” was given to the latest incarnation of the program to “win” the battle “for” drugs. The ATF, with full knowledge of the Attorney General’s office, deliberately shipped weapons into Mexico, and created the meme that the border states firearms dealers were the cause of the flow of weapons. The complicit media took hold of this false perception and used it to demonize the Second Amendment, pushing for further gun control in the United States.  Eric Holder was caught along with dozens of others. It’s time to take the head off the snake and expose this liquid cash supply to the ever shadowy CIA operations.

Understand this: Americans consume metric tons of drugs every single day. There is no way that balloons hidden in body cavities, duffle bags dropping out of planes, and pick-up trucks stacked with three million dollars worth of cocaine comes close to the supplies that are shipped into the United States on a daily basis. It is being trafficked into this country with the full support of our intelligence agencies. This apparatus knows that if the general public found out about their crimes the lid would be blown off the true mission of the “war on drugs”…and they will do anything to stop those engaged in the exposing their participation.

We urge anyone involved to come out and expose this ring of moral erosion in our country. We think most citizens of this country will grant full immunity to any officer brave enough to turn in their commanding officers. Provided a band of you combine your efforts and whistle blow at the same time, none of you may serve time. Wait for us to catch you, and you’re going down as hard as the American legal system will allow.