Posts in the heroin category 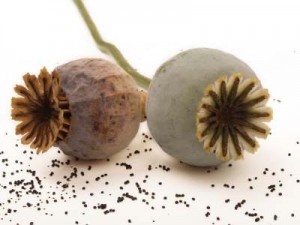 If you are new to the movement to spread truth about the world to others, you might go through the typical stage of despair. Despair as to how to start to chop down the huge redwood tree of infectious individuals and duped population that empower said goons. There are many ways to answer this question, but one we’d like to remind you of is in the use of high-end drugs such as cocaine and heroin. These two drugs support criminal organizations with a huge supply of “liquid money” (non-trackable funds) to pay killers to do their bidding, and thus influence the world.

There is an old saying that goes “follow the money.” Follow the money and one will discover who is responsible for the action that led to the gain. One of the toughest truths for Americans to believe is that corrupt factions within their government create and sell drugs as their primary job. Some individuals get rewarded with titles as high as President of the United States for protecting well known drug runways. Most police officers who are hired or promoted into narcotics have to deal with the eventual reality that they are merely getting paid to look the other way as other higher ranking officials import tons of drugs into inner street ghettos to ensure that those who are repressed stay repressed.

It has been estimated by top professors at Berkeley University that the conservative money created by selling heroine and cocaine is well in excess of $2 trillion annually. We have seen other papers that suggest the number is much higher.

Now one could try to hunt down every ant in ones house, but it is always faster and easier to simply remove their food supply. Cut off the sale of drugs by educating the youth about the direct connect between using or selling drugs, and their state of demise, and perhaps like a weed, the idea will grow until these secret organizations have nowhere to pedal their wears. We know the idea is an ideal one, but soon the people will be tired of being constrained by an ever growing group of nefarious groups that do nothing but claim superiority over others. The less money they can generate on a daily basis, the less they can pay their mindless mercenaries globally. It’s a small dent, but it’s worth keeping in mind.