Posts in the low iq category

Raising Robots: How They Teach Us To Destroy Freedom 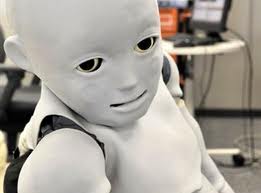 Less than 100 years ago, people knew how to raise children. We have largely lost this ability as the nucleus of a family is divided by priorities of self. The benefits of being a father or a mother no longer share clear boundaries and therefore lead to households in dispute over who is responsible for what. They are now expected to share all responsibilities and feel righteous in defense of any suggestion to the contrary. The overwhelming result of this change in the 1970s has led to a society of wandering zombie children who gain wrinkles of age, but no sooner act like an adult, than raise one. Public places have turned into playgrounds for parents who never had control over their children. Good people who would otherwise raise well balanced offspring cringe at the sight of undisciplined children and assume that all kids are uncontrollable nightmares.

The transition from independent businesses to corporations

Less than 150 years ago, the world was filled with personally owned and operated businesses. People purchased plots of land, offered their trade skills, and survived 100% on monies earned. Today we have allowed the basic necessities of life to be usurped by giant multinational corporations that destroy all forms of personal enterprise where possible. Small towns in the mid-west fuel giant store chains such as the European owned and operated Walmart that exports all product contracts to overseas sweatshops in China and India. Sam Walton, the founder of Wal-Mart explicitly mandated that his stores be filled with American made products. Soon after his death, his children succumb to bank pressures to release the company in the hands of the few to gut Sam’s original charter and turn what was once a backbone to American health into a menace on society.

We mention this transition to highlight the fact that families have greatly suffered from losing their ability to rule their own destinies through privately owned businesses. Citizens around the world in just a few generations have almost entirely forgotten how to start and operate their own ventures. If they have the idea, they lack the business knowledge to make it successful, for the high schools refuse to teach basic math past 8th grade, and colleges offer business degrees that are null and void of any savvy entrepreneurial skills. If we are to give families a chance, it is vital that we resurrect the private business enterprise.

The choice that has been removed

As Aaron Russo noted so well in his many conversations with Nick Rockefeller, the feminine revolution was engineered by the elite to tax the other half of modern society and to force children into the school systems at the earliest possible opportunity. This early enrollment led to instant indoctrination by the elite written school materials and to sever the connection of child and parent leaving the family empty of a deep connection. The Robin Hood promise of giving women rights resulted in every female living the horrible rat race than men have struggled to retire from since the beginning of time.

Previous to the feminine movement, families still had working women. The mothers gave birth to their children early in life, raised them until they entered school, met them after school for a few years, then entered the work force to pursue their destiny a more rounded and purposeful person. It should be noted that many women began their work life more mature than their husbands who had started without any previous experience and or responsibility. Every household was able to survive on a single income, and the extra money was used to live a far richer life, and facilitate retirement in the last twenty to thirty years.

What about the children? We throw them into school as soon as possible to ensure that Mommy and Daddy have plenty of free time to get to work and pay the bills. The child is sometimes lucky enough to be put into good local pre-schools, while most enter assembly line dwellings where you child takes a number and waits for the mechanical dispassionate caregivers to give them their sustenance. Learning is relegated to workers who are either doing part-time work with zero educational credentials, or who have only managed to get their daycare license and pretend there is a school curriculum to learn.

In the last 25 years schools have reduced the overall time per day kicking kids out at early afternoon straining the parents ability to scoop them up and move them to safe after hour care. Teachers take numerous days off throughout the year leaving parents with gaps to fill further raping them of funds that could be better invested. Core subjects such as mathematics become optional in middle school, while frivolous classes such as sex-ed courses replace vital subjects that used to be a mainstay of k-12 learning. The bottom-line is that citizens who grew up in public schools from 1975 and before, graduated with far superior knowledge and higher IQs than children of today who have amazing levels of technology at their disposal.

Low IQs translates to less understanding of what freedom means. How is that the American people have had their entire Constitution gutted since the false flag 9/11 attack? Were we trying to help the terrorists kill America, and everything it stands for? Don’t the proponents of 9/11 war mongering tell us that the Arabs can’t be trusted because they want to attack our way of life? Why would they have to attack us, when we’re doing it to ourselves. The truth is that no Arabs have attacked America in the last decade. Only European bankers have attacked America, and successfully so. It is time that we as a people wake up to this charade.

As we raise more citizens that lack basic skills to survive, we are filling the coffers of police and military positions that are instantly misled into wars or domestic riots that benefit the bankers. In the theater of war, we see battles raging to dislodge entire nations from their sovereign way of life, thus handing their monetary systems over to the IMF and World Bank. In terms of police, we see more and more peaceful protests turning into bloodbaths where mindless drones who couldn’t recite a single Amendment to the Constitution being convinced that those who are “book smart” are merely domestic terrorists who need a beating.

What do we need to do?

Above all, we need to take back control of our lives. We need to do whatever we can to fight the public educational system and ensure that after each child returns home, that he or she gets the additional education needed to rule their individual destinies. We need to raise our children with the guidance that is taught to them to be repeated to their children. We need to recapture the spirit of private businesses, by either starting one ourselves, or supporting those who have. The more small businesses that succeed, the more society as a whole can reflect those opportunities back to everyone. Small banks that see private ventures succeed, will be more apt to loan funds to other private businesses, and that could be you. Colleges need to prove that their degrees have employable results before stealing hundreds of thousands of dollars from students in tuition fees.

The military and police academies are preying on young undereducated teenagers to do their unconstitutional biddings. The more we pass information between us, and eventually to them, we will severely impact their ability to create a mechanical army of mindless humans. Knowledge is the ultimate power. Please spread the word.