The Dangers of Talk Shows 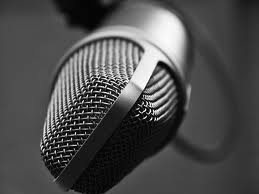 We don’t mean to pick on talk shows that cover incidental subjects, but those who debate politics and the state of the world’s problems have an effect on society that is often overlooked. On the surface there is nothing wrong with any talk show, but we must be aware of how those who control the world use this medium to calm the masses.

The world has problems. Each country has its challenges, and in virtually all cases, those challenges go unmet, unchanged, unchallenged, and therefore the state of each country devolves daily into a tyranny of socialized government run by a corrupt few. Talk shows give us the “illusion” that something is happening; that someone is aware of the problems, and that somewhere people are taking “our” opinions to our (s)elected officials. The truth is that in most cases nothing is ever done aside from the organized protest that effects little of any actual legislation.

Those who control the world have learned that talk shows and news organizations that run on individual personalities instead of raw news and journalism curb the public’s opinion almost entirely. What we mean by this is that the average public uses their news organizations to program their public citizens. When was the last time you created an opinion about a subject reported on the news that wasn’t already prepared for you? People who listen to Rush Limbaugh use his opinions as their own, and if they differ it’s typically because they’ve heard someone else’s opinion to challenge his idea.

We have to keep in mind that we hear things from our neighbors as well as celebrity news reporters that we take as fact before analyzing the information. It is vital that we monitor how we gain information. Did we take someone else’s idea? Or did we create our own? In virtually all cases, we want to ensure the highest level of our own opinions, and not get them from reporters who get their information and guidelines from those who control the world. This is why it is critical that we continue to investigate and learn new information daily. With very little exploration into world history one can begin to see patterns that are devastating to humanity. A good example is that tyranny is on the rise in Europe and North America, but since most citizens lack the definition of the word, they know not what to fear.

All forms of change from a government to its people go through these stages. First there is a problem. A problem that is perpetuated by perhaps an event like 9/11, then the reaction from the press who gets their information from the government.

Second comes the reaction. In virtually all cases this is carefully programmed into us from our politicians, news agencies, gullible personalities, and easily excitable neighbors. At the same time very little investigative journalism is ever conducted. The news agencies who live off of advertising revenue focus on drama, and are therefore inclined to play into the hand of panic and crisis regardless of its factual relevance.

Finally there is the well prepared solution. The solution is usually the original goal of those who control the world. They want something that is immediately plugged into the solution portion of the model. They next move to develop a problem that can be created that will move the people into their hands. Constant pounding of a single thread of Reaction is the key to achieving a solution that will not waver.

Currently the world is in a well organized attack from the world banks on every country on the planet, and because we are willing to believe that “interest” payments are real tangible things, we are willing to punish ourselves and our loved ones trying to serve nothing more than a concept in our minds.

When a religious person fears their god, they fear their soul’s damnation. Regardless if you share their belief system, one can at least sympathize with their perceived threat. When it comes to serving a banking concept like usury otherwise known as interest, we are enslaving ourselves with a senseless intangible thought. There is no banking god. There are no superior human beings or boogymen who live in the clouds that will react to unpaid concepts. There is only us; the humans of this planet who subscribe to these concepts, because they were born into it.

As we attempt to find and take in new information we must be vigilant in our analysis of the data. Are we taking in other people’s opinions? Can we use things we know to be true, and things we know to be false to come up with a more logical view of the world that succeeds in predicting and avoiding their attacks on We The People?

How Talk Shows Feed The System

The people who control the world use the media to program the masses. What used to be hard hitting investigative journalism has degraded into news reading reporters who do little more than repeat what they are told. Even the most celebrated news personalities get their information from sources like the Associated Press or Reuters. These organizations have been owned and operated by the ruling class going back as far as the 1800s, and are not to be trusted in any way.

Talk show hosts often use local or national publications to feed their shows agendas. They live close to their studios and seldom see the world up close and in person, yet attempt to persuade the public for marathon three hour shows that hand off yet to another personality that repeats the process until an entire day, month, year, decade, and century of personality news is projected into our minds.

The other realization we need to make is that many shows have their own agendas that serve one segment of the Problem, Reaction, Solution model. In many cases the hosts are unaware of how they are being pushed into strategic subject matter. In others they celebrate their social status as manipulators of the masses regardless of its negative effect on their lives.

How Does One Enjoy Political Talk Shows?

The best way to understand talk shows is to step back from the information being presented and ask yourself how the individuals on the show are positioning themselves with what they are reporting. Are they buying into the false paradigms of right and left? Are they awake enough to report something they have investigated? Or are they rattling news papers in the background pulling pointless articles from newspapers that are already programmed?

Being a journalist requires investigation. Most talk show hosts do not investigate anything. They are personalities that are heavily opinionated who get most of their information from highly organized and manipulated sources. In many cases reporters that turn into or show characteristics of journalism are often passed up for promotion or in extreme cases fired from their positions if they don’t comply with their controllers.

A great example happened on Fox News. Glenn Beck reported a show that he had prepared using standard investigative reporting techniques regarding the hundreds of FEMA concentration camps that have been erected throughout the entire United States. His team had discovered 600 of the more than a 1000 FEMA camps built to house “a mass influx of illegal immigrants” and “civil unrest.”

By that evening Glenn Beck had been controlled. He retracted his well investigated show claiming that he needed to do more investigations. Meanwhile no follow-up has ever occurred to deal with their very real and present threat to our freedom in America.

The media whether it be television or radio is controlled either before the reporter or personality gets their show or immediately after critical thought airs. We are speaking almost entirely about major news networks and not the independent organizations that report on many of the subjects on this site.

Be aware that regardless of how well articulated a matter is expressed on a talk show it does not create change, but the satiated feeling that something real has happened. We must investigate everything we believe, and we must get our facts from multiple sources to sift through the lies and manipulation. Talk to people yourself. Interview them about their lives, and what they have experienced, and don’t take anyone else’s word for it. Question everything constantly. Remember the formula: Problem, Reaction, Solution; you have probably been controlled by it your entire life, until now.

The Rings Of Power