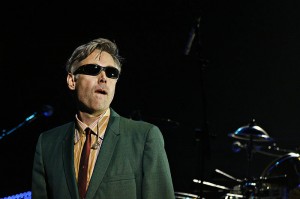 Several years ago we reported of the sudden case of salivary cancer contracted by Adam Yauch of the Beastie Boys. We were extremely hopeful that he would conquer this condition of the modern age. Today with great regret, we have learned of his transcending to the Buddhists of the universe. While paying deep respects to his work as a musician and activist, we feel it would dishonor his journey to overlook the fact that he most likely developed his condition through cell phone exposure.

It has been widely documented that the power supplies within cell phones emit tremendous levels of electron particles when in use. As a cell phone struggles to gain signal the levels can reach four times their normal operational parameters. This exposure to electron clouds ruptures the integrity of your cellular DNA and protein structures, and causes complex organs such as the parotid salivary gland to develop levels of defective cells that your immune system cannot purge prior to developing cancer.

The issue is so volatile for the trillion-dollar industry of cell phones that apps designed to monitor such outputs have been banned from sale by the vendors themselves.

We urge all of you to buy a wired headset, or use the headset that comes with your phone. It is inconvenient to have a wire to your phone, but it will mean the difference between life and death in the long run. Apple makes one of the best wired headsets in the industry.

To Adam Yauch, we thank you for your amazing life, your contribution to our catalog of incredibly funky music, and hope to see you on the other side.