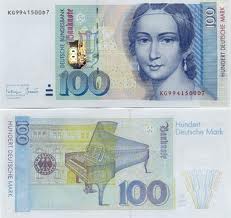 According to Dr. Pippa Malmgren, the government of Germany have taken the first step to stabilizing their country’s currency. The reintroduction of the Deutschmark will sever their ties to the defunct Euro that has robbed the German people of true independence and financial power amongst the world.

The World Bank who controls the Euro and its value will be ejected from the equation and re-establish its death grip on the Deutschmark in order to control Germany as a whole.

We would like to suggest that the citizens of Germany take every step necessary to prevent the cartel gang that is the IMF and World Bank from ever contributing or controlling their destiny.