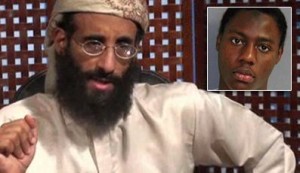 What do you do when you tell a boat load of lies to the people to create tyrannical outcomes that profit government officials with cancer causing body scanners? Blame your story on a dead guy. Today the FBI took the first step in offloading their hand crafted underwear bomber onto Anwar al-Awlaki.

The truth behind Umar Farouk Abdulmutallab is that he was placed on a plane with an escort that disappeared with the FBI just after his plane was forced down. Umar did not have a passport and was hand delivered onto the plane by the suited agent who sat a few seats behind. Once Umar finished conducting his false flag operation that led to the introduction of body scanners, the mission was over, but the problem remained. Who was going to take credit for the training of Umar? Was it going to be Al-Qaeda? Osama Bin Laden? Today we have our answer.

We encourage you to see this pattern of corruption, and to keep your eyes open for its repeat for it has been done several times since 9/11 and will undoubtedly continue until the people refuse to buy the sham.