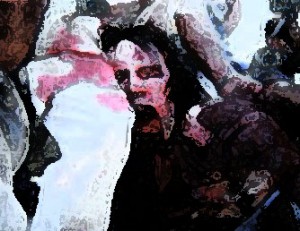 Ever wonder why your “elected” politicians do as their told? Ever wonder how someone could sell out their country and face an afterlife with complete uncertainty as to the moral consequences?

The recent murder of Muammar Gaddafi is the exact image that sends shivers down the spine of cowardice egotistical politicians to do as they’re told. It is this retreat into self-preservation that allows the elite to control the world. The elder ants allowing the few grasshoppers to dictate the policies that control booms and busts in the financial market, and therefore the growth and maturity of all nations worldwide.

This brutality is the number one fear that motivates humans into doing what would otherwise be morally repugnant to their internal code. It has been said that the world is ruled $5,000 at a time, for that is the price to hire a person to do bodily harm to another, including in some cases terminal harm.

We must stand up against this control mechanism and refuse to live in a world run by bankers that engage in usury tactics against mankind. We must quarantine those who are willing to capitulate to the routine slaughter of our human nature to love one another, so that they may benefit in the short-term against man.