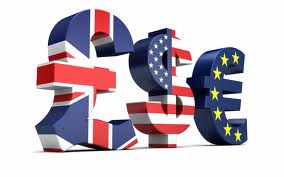 There is a little secret about world currencies that we thought was time to expose. The British Pound is the world’s cornerstone monetary unit. Ever wonder why Britain guilt trips all of Europe into the Euro, but they keep the pound? That’s because the Queen of England has a strangle hold on the world’s most valuable currency.

Now when one analyzes the value of say the American Stock Market, one needs to first analyze the value of the United States dollar against the British Pound. Every cent that the dollar loses against the pound is worth roughly 1.5% in purchasing power on the New York Stock Exchange. That means that if the dollar loses one cent to the pound on any given day, the stock market will lose roughly $150 that day. Anything below or above is the TRUE performance of the day. As the stock market goes up and down, one does not need to panic. It only means that it takes less dollars to buy a share of stock. That’s good.

The pathetic truth is that American’s are taught that if the stock market goes down, that’s bad, and if it goes up that’s good. If one studies the ups and downs as it relates to the dollar against the pound, one will see an amazing correlation. The stock market going down at the same time that the dollar gains against the pound should be considered a great success. However, since the dollar is a completely owned and operated currency controlled by the Federal Reserve who controls its availability in the world markets, we can’t expect to gain any control until we liquidate these organizations and reconstitute the country against their participation.

So each day that you wake up, compare the dollar to the pound. See how it differs from the previous day, and you will see the New York Stock Exchange sway in accordance. Anything outside of a 1.5% margin is the REAL performance of the day. So if we gain against the pound and the stock market still goes up, it’s truly a good day for the value of the market.

Believe it or not.