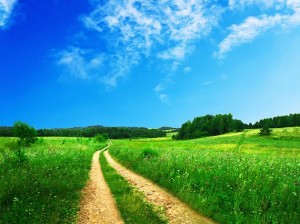 So you look out at the world, and you see complete and utter chaos. All things that are wrong are one party affiliate from accurate blame, but that never seems to explain why your political party of choice never does anything to complain or highlight the massacres against the United States Constitution. We know the feeling. It’s called being asleep. This article is going to take a stab at waking some of you up, and hopefully aligning the chaos into order.

We could start anywhere, but we thought it would be nice to start with one of the most volatile areas where people are dying senselessly. America is engaged in a forever war against the “evil” Eurasian population. Every American believes that every human on Earth who is Middle Eastern is one trigger push away from blowing up their kids and stealing their “American Way Of Life.” This bill of propaganda has been sold to you by the elite controlled press. The benefactors are the World Bank and their many arms of control such as the International Monetary Fund.

What is their end goal? Total and complete control over Eurasian mobility. Right now Eurasian countries have billions of barrels of oil under their monetary control. Given that every monetary unit in the world is attached to the sale of a barrel of oil, the elite can’t simply drill off the coast of Alaska, Scotland, and Brazil to kill the demand for Eurasian supplies, because that would corrupt the fake fiat currency power that the elite have over the world. No, they must keep the supply of oil down, pretend to have peak oil problems, and attack all Eurasian countries using innocent American families under the flag of “Freedom Isn’t Free” mottos.

America is the club for European banking cartels. Our children are being sold by ignorant parents who think that sporting scores and reality shows are more important than actual freedom. As our Neo-Nazi President Obama passed unconstitutional laws in the secret of night (see NDAA 1031 and HR 347 for starters), Americans pat themselves on the back about how patriotic they are, and how much we need the Patriot Act and radioactive body scanners to stay safe. The entire population is being herded like sheep into draconian slavery.

On the home front we have a thrown election in progress. The GOP have been told that Obama will continue to reign over America. Despite his reenactment of Nazi Germany circa 1935, Americans are okay with Obama hammering away at the Constitution as dictated by his European masters. The GOP have worked diligently to push to the forefront their least apt candidates to ensure once again, that change never happens.

Senator Ron Paul is being systematically snubbed by the press. Despite winning in the polls time and time again, he is left out of headlines while his competitors who sometimes rank below him are labeled as “leaders” and or “front-runners.”

The Bilderberg Group will get another four years off as they interview to find the next United States President. Someone who is willing to sell out their country as the African born Obama is now. What can’t be controlled by press blackouts will be mopped up by electronic voting machine fraud.

Let us make this very clear. You do not elect your President. Your President is headhunted by a group called the Bilderberg’s. The elite controlled press then quarantines all candidates outside of this circle to keep the public in the dark. If a candidate like Ron Paul manages to squeeze through the constraints, a smear campaign kicks into effect to ensure that the population believes the thrown election results. Should a candidate manage to get past these measures, something that has rarely happen since the take over of the United States in the early 1960s, the individual is murdered by the same controlling elite. Sad, but true.

The Attack On America

Meanwhile, America is under complete and utter attack. The elite controlled politicians and military personnel are meticulously chipping off every provision of freedom set down by our forefathers. Americans who have been convinced that a mysterious boogeyman “Al Qaeda” is out to get them, shamefully support the erosion of freedom. The two-party system that breeds senseless loyalty pushes half the population into a defensive stance for any tyranny that Obama signs into law. The mere fact that the overwhelming majority of the midnight signatures are unconstitutional is completely missed by a population who would rather know a batting average or Jersey Shore fact than an Amendment to the Bill of Rights.

We need to understand that America only won a single battle in a war that has raged since the first settlers landed on the shores of America. We have since been under constant barrage by the bankers that demand that no possession including your sovereign life be anything other than their property. They own you. They own your children, and they believe wholeheartedly that only their offspring are entitled to prosper. If you consider yourself a parent; if you consider yourself a patriot, you must shake off the lies you’ve been told since birth, and join the forces of true freedom that are aimed at restoring the original dream of America.

These forces control what your children learn. The news you read. They control your lack of nutrition. They poison your air, your water, and your medicine. What is outlawed in their European homeland is legal for us to consume. What is revolutionary is forbidden by our bought off FDA and CDC. Our money is fake. Our gold has been stolen. Our military has been deceived. Our politicians have been bought off. Our jobs have been exported. There has never been a time in history where more facets of reality have been co-opted by elite controlled mechanisms, and yet people still fear being labeled conspiracy theorist. Wear the label with a badge of pride. For it is the conspiracy savvy that will save the world.

Remember, America is an idea of freedom for all nations. We must secure a single example of this idea on our own soil. It will not be necessary to impose our will on others once they see what freedom looks like. America isn’t dead yet, but if things don’t change soon, it will become more and more difficult to ever convince our grandchildren she existed.

Wake up people. The clock is ticking.