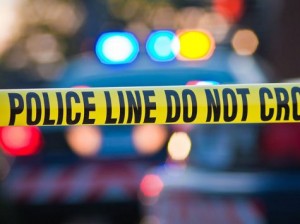 There is an epidemic going on whereby law enforcement can’t seem to determine which emergency calls are real, and which are fake. Each night, someone somewhere gets “Swatted.” What this means for those of you not yet hip to this term, a person calls the police, makes a baseless accusation, the steroided up cops with nothing to do, suit up, wipe the drool from their lips, and slam into private residences treating the situation like a crime scene. All the while, they have no search warrants, and their only probable cause could have been a call from down the hallway.

We all know that being a police officer is a tough job for most. They have to deal with the worst elements of society, and often become extremely jaded against law-abiding citizens, because after a decade of picking up crooks, it’s hard to determine who is good, and who is bad. We think this is what fuels their soft side to celebrity gigs. Imagine choking out a criminal the night before, and doing bodyguard work for Jay-Z. We think this soft spot plays a role in the recent epidemic in celebrity home invasions.

So on one hand, we’re to trust our government to fly missile tipped drones over the United States violating every founding principle of the Constitution, flown might we add by pimple faced children who have been psychologically evaluated to have no original thought, and to do whatever they’re told. These kids, between the ages of 18 and 23, who haven’t lived enough life to know what life is about, are going to call the shots playing God like a sick video game.

The SWAT teams can’t determine what home invasion is real, and which ones are fake. Are the drone pilots endowed with better intel? Don’t we always have friendly fire in the theaters of war? What will happen when they fire on an innocent person? Oh right, the media will coward down to the cover stories from the Pentagon as they write whatever fiction will keep them out of harms way.

If one ever needed an argument to rebut the approval of death drones over America, Swatting is a perfect example of how law enforcement engages in habitual acts of bad intel violating civil rights and answering to no one as a result of their actions.