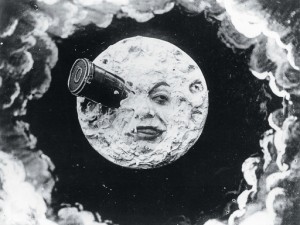 So NASA says they won’t be “returning” to the moon. Pretty hard to do when the evidence suggests you’ve never been. Forced into the corner now with the moon hoax all but totally unraveled, it’s sink or swim time for NASA, and low and behold, they took the coward’s way out, just like last time.

For those of you new to this subject, it has become clear using modern science and visual effects software that all the footage of the Moon from 1969 to 1972 was forged using state-of-the-art techniques for its time. Today we can see wires on astronauts, reels of faked shots of the Earth, as well as numerous other lighting problems and recently discovered scientific conflicts with the “official” story.

The real shame is that we lie to our children every generation. The prospect of saving the human race via space travel is being gagged on all fronts. Firstly, we tell children we’ve gone to the Moon, so that’s grandpa’s old endeavor. Before NASA ever lied about going to the Moon, Einstein’s theory of energy to matter pulled into the lexicon a limit involving the speed of light. Around the world classrooms stunt the growth of children’s minds by telling them that our ability to travel the stars is pointless.

Some ask why we should travel space. Our answer to that comes in the form of an international broadcast that states that a large meteor is about to slam into Earth. At that point mankind will finally get it. Reality shows, and sports scores will no longer matter. Who you hate will be reprioritized by who you love. If we haven’t figured out how to shield ourselves against harmful Earth radiation, and finally deadly solar radiation over a sustained time, man will vanish in a puff of smoke. It’s not about conquering the stars as much as preserving our race long enough to pull our collective heads out of our asses.

Bottom-line is that we need to stop lying to our children. We need to stop funding black op military projects through criminal organizations like NASA and JPL. We need to stop buying photo galleries that claim to be on other planets. We need concrete technology to travel the stars safely and quickly. Until then, we’re just hoping that nothing happens. We don’t like those odds.