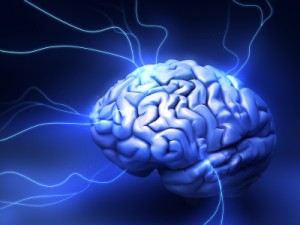 Sometimes reality is harder to believe than fiction. When it comes to cell phone technology, there is a seldom known fact that poses a potential threat to mankind that we’d like to share. If someone told you that a group of people had mastered technology that stimulated the human mind with electro magnetic frequencies, you might believe it. If we told you that those same people desired to deploy a network of antenna to broadcast those findings into the populous and thus sway overall emotional feelings, you probably wouldn’t. However, this has already taken place, and you know exactly where to find them.

The basics of the technology are extremely primitive and simple to understand. The brain operates on EMF waves. These waves are used to regulate the flow of your bodily functions. This includes heart beats, muscle contractions, the life cycle of every cell in your body, and virtually every other electrical based form of communication within your body. When foreign EMF waves are introduced into your environment, your body runs the risk of failing to function properly. This can lead to numerous illnesses, loss of sleep, migraine headaches, etc. However, the most subtle effect could lead to feelings. Feelings that allow negative things to be okay, or for otherwise positive states of mind to drift into feelings of despair.

The cell towers that are being installed all over the world emit these exact wavelengths. They emulate and potentially manipulate human thought on an acute and obtuse means. An acute thought would be a more distinct emotion to perhaps want to eat a food, or stay inside. An obtuse feeling could be to feel love, hatred, or fear. Why would anyone want such a thing? Let’s examine the immediate applications.

Let’s say that a governing force wanted to introduce some draconian law such as the National Defense Authorization Act which is neither Constitutional or anything a free country would pass onto its people. Aside from not covering it in an elite controlled press, one would want to satiate the remaining thinkers with thoughts of surreal wonder and delight. “These aren’t the droids you’re looking for.” The potential protestors go to sleep to live another day, while America slips into NAZI Germany circa 1935.

Now let’s say that it’s time once again for the elite to carry out another false flag operation such as 9/11 to further erode the Constitution and pass more draconian laws. They know that a populous in a state of trauma is the most programmable. First there is the event, then there is a broadcast of fear frequencies from every cellular tower in the world. The entire population goes into a panic, and is willing to take any solution given to them by the elite controlled press.

This is how simple it is. The technology is merely the categorization of frequencies that create such an emotion. It need not be used until the time comes to either run a test, or to sway public opinion in a serious direction. We understand this sounds far-fetched, but the dangers of cellular EMF waves interfering with the human mind are being documented worldwide, and as each elite controlled magazine or newspaper publishes their findings, they simply tell you there is nothing to worry about. Although some do allude to the fact that the array of cellular towers do provide the perfect broadcasting mechanism to implement such a technology should it be deemed necessary.

We are often asked why Chemtrails contain chemicals such as barium oxide. One reason would be to electrify the atmosphere in order to give the towers the maximum ability to penetrate human minds. HAARP is another technology that also can benefit from such spraying.