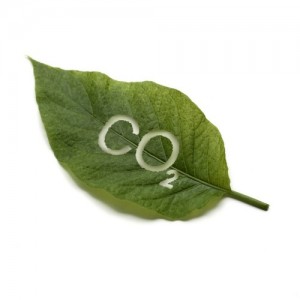 The race is on to demonize anyone who doesn’t believe the elite’s assertion that CO2 contributes to global warming. Unfortunately for Al Gore, the Earth has demonstrated for nine years that things are cooling globally. The problem for the elite is that they are trying to get their legislation passed to tax the entire planet into complete and utter submission using whatever “Climate Change” theory they can before the world finishes waking up on the matter. First, lets review the facts.

How much CO2 is in Earth’s greenhouse gas layer?

The answer is .054%. If that sounds small, it’s because it is small. Very small. Imagine cutting a sheet of paper into 54,000 equal sized pieces small. One of those pieces would be the amount of CO2 in the atmosphere. The highest estimate we’re aware of is 9% of the .054%. So take 9% of that tiny piece of paper you cut out. That’s how much man contributes to this infinitesimal amount. And what is the other 53,999 pieces made of? Brace yourself, water. Just try to ban that.

The bottom line is that there was a surge in heat in 2003 when this ridiculous story was spewed at the people. The elite tried to get all the carbon taxes passed globally as quickly as they could. Now we’ve seen emails that prove that the data was falsified, and that scientists flat-out lied about their conclusion based on political pressure. However, that doesn’t stop them from continually revisiting the false theory as if no ill intent or malice was found. It was, and it is still a fraud.

The right-wing excuse for denial

As the largely sleeping public comes in and out of the debate on global warming, albeit without doing a single ounce of personal research save watching Al Gore’s film of propaganda, a simple two-party paradigm is being used to label anyone who knows the truth as a Rush Limbaugh fan. We are not Limbaugh fans. We aren’t right wingers. We aren’t left wingers. Yet we know the scientific facts behind CO2 levels in the greenhouse gas layer around Earth.

Recently many pandering celebrities have used their on air time to accuse those who know the truth of being holocaust deniers or as of recent racists. The assertion is that to know the truth is to continue the now freshly branded “climate change” from “global warming,” and that when the world boils away due to CO2 emissions, it will be us to blame. To these traitors we say, do we get to prosecute you each year that Southern California drops a few average mean degrees? Because it has. In 2003, Southern California experienced unusually high temperatures reaching 100+ for weeks. Sales of air conditioners exploded. Natives to the region realized that something was different, and so Al Gore’s message was well received. Then something happen. It got cooler.

Each year since 2003, the summer highs in Southern California have been increasingly cooler. Researchers who are familiar with the 150 year cycle of the mini-iceage have warned that by 2020, the temperatures in several warmer areas might indeed be extremely cold during winter, and cooler than spring during summer. But who cares about historically tracked cycles right?

Before you allow your blood to boil, or your voice to raise, please remember that this isn’t a debate. The world is not warming. Climate changes every single day, but has nothing to do with anything the U.N. or Al Gore are trying to push on the people. Should we clean up the air? Sure, get your government to stop spraying chemtrails every single day. Should we clean the water? Sure, stop adding toxic fluoride that rots your teeth, bones, and pineal gland. Should we stop using coal and nuclear power? Sure, stop demonizing geothermal plants and revert back to Caltech’s original design. Should we stop using gasoline? Sure, dig up Stan Meyers water fracturing technology.

The world is not warming. CO2 doesn’t cause warming. A lie does not become truth simply because you’ve believed it in the past. Stop being duped by all sides.