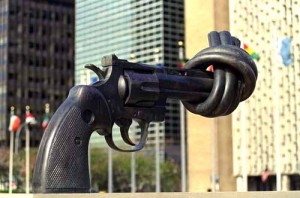 Apparently this document was released a couple days ago.  Since it pertains to every citizen in the US (awake or in a coma) we thought we’d post the link to the document from the International Association for the Protection of Civilian Arms Rights, so you can read it for yourself.

This week, buy at least 500 rounds of your favorite caliber. If you can afford it, plunk some federal reserve notes down and get yourself a nice new tangible asset: a new firearm. Here at OnePageNews we’re a big fan of the 12 Gauge Shotgun. Don’t have one? Get one, they’re more affordable than you might think. Already have one? Buy another. It’s a great tyranny protection device, it exercises your right to self defense, and they’re just plain fun.

Take someone shooting who thinks they are “anti-gun.” They’ll have a great time, and learn the empowerment of taking their own safety into their own hands. Explain to them the Batman shooting was a staged event to build up anti-second amendment sentiments in the boneless, cephalopod public. Explain to the them that the Justice Department deliberately shipped guns to Mexican drug gangs (Fast and Furious) in order to blame the second amendment liberties, thus demonizing the idea of the armed civilian. 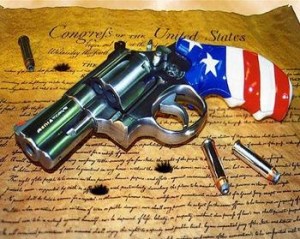 The Cult of the Blue Helmet wants a disarmed collectivist society, with a massive brooding, downtrodden lower serf class and a meg-privileged ruling elite super-class above that. The only way to achieve that is to disarm the slaves, then swoop in with the Police State. They are trying to push us into a fight.
Start the clock.

Fluorosis, How You're Destroying Your Teeth