The Conspiracy To Demonize Geothermal Design 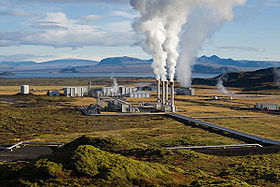 Back in the 1950s, the American military got worried. Worried about energy. Worried that if we were attacked by nuclear weapons that we would lose our ability to supply the strategic resource of electricity. The problem was taken to CALTECH University where a very clever and simple design was developed. Enter the Geothermal Plant, a power station that taps into the Earth’s crust and uses natural, seemingly infinite supplies of heat to boil water, which in turn spins turbines that convert kinetic energy into electricity. Turbine electricity had been used for over half a decade previously using natural sources such as waterfalls, the inspiration for building hydroelectric dams. Even the centuries old waterwheel technology was based on this simple principle: water flows and the energy can be captured and converted.

The initial designs of the geothermal plants realized that toxic gases deep in the Earth’s crust would be harmful to humans if allowed to be routed to the surface. So the initial designers kept this in mind, and suggested that geothermal plants be built very close to existing volcanic geological structures. This would allow the plant to drill diagonally towards the heat source without having to penetrate deep into the Earth’s crust. They also solved for the toxic gas problem by sealing the pipes at the end. This would allow water to be cycled towards the heat source, boil, and be routed back to the surface to spin turbines that would translate the motion into electricity.

The companies that are threatened by this near free source of energy have redesigned geothermal plants to have open pipes that route the toxic gases to the surface to be dealt with by costly systems that have to reroute them back underground. This one design modification completely shatters the viability of the design, and gives oil enthusiasts a way to look the other way.

The oil companies have blocked every form of clean energy from the very beginning, and this is something that cynical capitulant baby boomers concede to in an instant, yet they take zero action to rectify or even communicate the problem. The oil companies have purchased all patents to do with electric cars, clean hydrogen, and their most recent campaign to demonize natural gas, even though their multinationally owned public transit uses it safely every single day.

For the geothermal plant, the design needs be to resurrected as it originally was. Refuse to listen any parable telling you that they have dug up ancient documents proving the error. They knew better. As soon as we resurrect the original designs and cap the pipes, the toxic propaganda regarding geothermal plants can end, and free clean power will be given to all. How much free power? It has been conservatively theorized that a single geothermal plant can supply the entire world with 4000 times its required electricity. Using Tesla’s inventions, it could travel the world non-toxic in low frequency bands, and be reconstituted at the devices exact location as infinite energy.

So never let a laymen tell you that geothermal isn’t the solution. It is, and it’s time we get started on a government level.

Attention Geoengineers: You're The First To Go To Jail