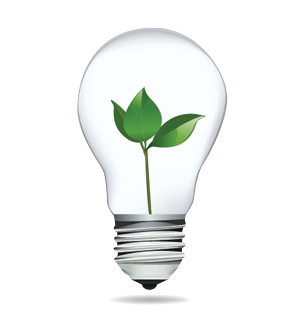 Before we begin, let us say that we assume that any human with an average intelligence can look into the sky and want it to be devoid of pollution from planes. Or they can follow a car and imagine a day when all vehicles run on hydrogen where water vapor is the only exhaust. Or perhaps all our electricity comes from tapping the mantel of the Earth and boiling clean water through turbines in geothermal plants to create infinite free energy. So why hasn’t this happen?

You know the reason. The reason Tesla’s free energy plans were halted, why the electric car was killed, and why dirty coal and toxic radioactive solutions are our only choice. The elite power-hungry monarchs who desire complete and utter control need to convert every natural resource into a financial weapon of repression. They get to ascend, while we are forced to pay the highest price they can legally charge for all the above.

What drives the green movement?

The green movement is a very interesting phenomenon. On one hand, we the people want our planet cleaned up from their choices. On the other hand, we didn’t choose any of these solutions. We didn’t choose our forms of energy, fuel, we don’t sit in our homes and beg for mercury laden lightbulbs built with PCBs. Yet the elite of the world are funding green movement groups to guilt trip an entire planet to finance their upgrades to cleaner solutions that can be rationed to the people at even greater costs.

What do we do to become green?

Initially we must remember, we didn’t choose the horrible technologies that are polluting the world. We didn’t choose to dump megatons of toxic chemicals into the ocean and bury nuclear waste in undisclosed landfills. Any solution that is to achieve the end goal of being green needs to be certified by the people, and the first goal of any solution should be to strive for free or nearly free solutions to every dilemma we face.

The key reason we mention the guilt factor is that it reveals the lack of connection between the citizens of the world and their controllers. The world evolved organically to allow corporations to control vital resources such as water, air, the land we live on, the food we eat, the educations we receive, and the sources of power that bring this planet to life. The next round cannot be controlled by the corporations. The next round must be controlled by the people. We must demand that all vital resources are of the utmost efficiency.

We must demand our air stays clean, and forbid the planes to spray massive chemical trails that cause countless illnesses. We must demand our water is not toxified by fluoride and other medical treatments that have not been authorized by the masses. All sources of electricity must be derived from clean sources such as geothermal plants, and not be controlled by oil companies that have rebaked the schematics to expose the world to toxic fumes that need not reach the surface. Our cars and planes need to run on water fracturing technologies that convert tap water into pure hydrogen that burns into steam.

We have all these inventions in the public domain. We need to sever the connection between big banks and their minion corporations and take on these objectives outside of draconian tax programs that further suppress everyone but the elite. People like Al Gore need to be put on trial for propagating lies on the public to instill mass hysteria that could have led to a bankrupted society that had to beg bankers for more fiat currencies to gain resources to survive.

Where do we go from here?

The current green movement needs to end. The factions that have come together to clean our planet have been duped into carrying the agenda of the 1%. The droves of products claiming to be green are not unlike the mountains of food that remain highly processed, but sport the logo of organic to convince an unsuspecting population that they’re going to be healthy if they consume it.

We must cease the demonization of CO2 gas in the atmosphere and focus on sheer pollutants. Corporations that get caught dumping toxic chemicals in the air, water, and soil need to be shut down, and their CEOs and Boards of Directors thrown in jail for life. Penalties and fines should never be acceptable methods of payment for compromising the health of the planet for in some cases millions of years. Armies should be forbidden from using depleted uranium in their ammunition and vehicle construction, and those that do need to be stopped, and those who approved the use of such radioactive materials should be thrown in jail.

We know the names of the corporations and organizations that are making the bad choices. We need to gain the guts to haul them into prisons. To put them on trial. To dismantle their infrastructure of death. We will need to arrest those who are striving to manipulate the world before we’ll be able to rebuild a true green movement that is run by the people and not any one government. It can’t be left to our corrupt Bilderberg selected officials to do the right thing. It will take decades to correct the problem, but the witch hunt for those who have destroyed this planet should start today.

The Power Of A Discussion

We get asked routinely what an individual can do to change the world. Our answer is simple, get informed, and open up the discussion. If it helps, use our website to gain the upper hand on cliché catchphrases that are used to cleanse patterns of deception. You are being guilt tripped into giving up your money to fix choices that were made for you. You aren’t choosing the replacement technologies in the current green movement. This is a crime, and it must be different this time.

Talk with your fellow-man. Get them to understand the absurdity of the current movement. By all means suggest solutions, but try to avoid repeating the knee-jerk sound bites handed down by corporations and bankers who want to co-opt the movement from the people. This time it’s up to us. This time we must choose. Now spread the word.